by AndrewEncore · January 17, 2011 · Lamb Casting · 4 Comments
Andrew here, with the results for the latest entry of LAMB Casting. You voted on the four entries, and now the results – but before, let’s dissect the potential candidates. 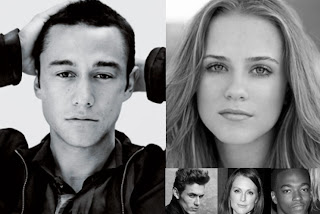 Ryan of Sorta That Guy cast:
Joseph Gordon-Levitt as Gump, Evan Rachel Wood as Jenny, James Franco as Lt. Dan Taylor, Anthony Mackie as Pvt. Benjamin and Julianne Moore as Mrs. Gump
I like the idea of Joseph Gordon-Levitt. I’m still not an ardent fan of his, but it seems like the sort of perfect casting decision I could see coming to fruition. It’s sort of difficult to hate him, no? Ryan actually said he built his entire cast around the idea of Rachel Wood as Jenny, and it works. Evan reminds me of Jena Malone in the sense that they’re both young actors I’m waiting to get solid roles to show us their talent, and I sort of like the idea of her playing Southern Gordon-Levitt. James Franco as Lt. Dan is something that could be interesting. The idea of Franco hamming it up is something that could work brilliantly, he’s no stranger to comedy even if he’s getting all sorts of accolades for his heavy drama this awards’ season. I’m kind of surprised no one predicted him for Gump, though.
Standout: Joseph Gordon Levitt as Forrest Gump
Walter of The Silver Screening Room picks:
Channing Tatum as Gump, Mary Elizabeth Winstead as Jenny, Colin Farrell as Lt. Dan Taylor, Nate Parker as Pvt. Benjamin, Holly Hunter as Mrs. Gump 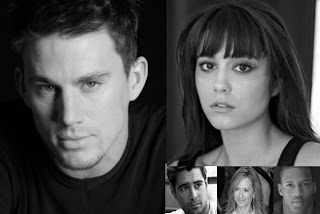 Ah, the potentially divisive one. Walter defends him, he thinks he has talent – and really I’m neither here nor there on the guy. When it comes to potential buffoons I think should make it big I’d prefer Sam Worthington, but I don’t hate the guy. Winstead is the sort of lowkey choice that would work if Tatum did head the movie, he’d be the big name out to prove himself and she’d be the talented, but underrated ingénue opposite him. The idea of Colin Farrell being crazy as Taylor warms my heart because a) I think Farrell’s is all sorts of awesome and b) that seems a bit like a match made in heaven, no? Holly Hunter has one of the most obvious Southern accents I’ve heard – which is not necessarily a bad thing for Mrs. Gump’s over-the-top nature and Nate Parker, like Winstead, is a known but not particularly popular youngster to play opposite Tatum.
Standout: Colin Farrell as Lt. Dan Taylor 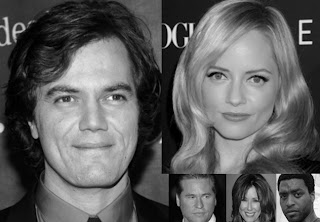 CS of Big Thoughts From A Small Mind choices:
Michael Shannon as Forrest, Marley Shelton as Jenny, Val Kilmer as Lt. Dan, Chewitel Ejifor as Pvt. Benjamin, Mary McDonnell as Mrs. Gump
Shannon has a knack for playing ridiculously crazy people, and on the surface Forrest isn’t as nutso as say – John in Revolutionary Road, but he’s not exactly sane either. He’s a bit older than the other choices, but it’s about time for him to get a lead role and it’d be a bit nice watching him heading something like this. Like with Winstead above, it’s interesting seeing a less popular actor in Jenny’s role – and considering that Robin Wright (who was actually my favourite in the original film) was a no-name at the time it’d be nice seeing another no-name fill her shoes. There’s something deliciously whimsical about Val Kilmer as Lt. Dan; the sort of role that could be a comeback, perhaps? Chewitel Ejifor would be a nice match to Shannon’s Gump and Mary McDonnell is someone I could see filling Sally’s feet easily, she’s is great even if she’s not had a significant film role in some time.
Standout: Mary McDonnell as Mrs. Gump
Fletch of Blog Cabins group:
Jake Gylenhaal as Forrest, Reese Witherspoon as Jenny, Hugh Jackman as Lt. Dan Taylor, J. B. Smoove as Pvt. Benjamin, Hillary Swank as Mrs. Gump 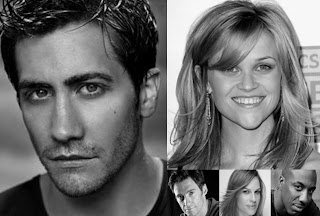 In terms of paralleling the star Tom Hanks was in the 90s, I think Fletch does a fine job of matching it with Gylenhaal. He doesn’t strike you as the de facto hillbilly, but there’s that obvious star quality emanating from him that’s the same with Hanks. And matching him against Reese Witherspoon sounds brilliant; it’s the sort of role that could probably fit her like a glove, even if she might be a few years too old. Jackman as Lt. Taylor sounds like something evocative of Jackman in Australia, and I suppose that sort of against-type character is something he could succeed with. J. B. Smoove is not an obvious choice, but it’d be an appealing dynamic to see him other Gylenhaal. Then there’s Hillary Swank as Mrs. Gump. I kind of like this idea. She’s no Sally Field (don’t let those dual Oscar wins fool you), but I’d seriously like to see her tackle something like this.
Standout: Reese Witherspoon as Jenny
I think that the choices were inspired and many of them surprised me (in a good way), but I’m kind of shocked that there was no love for Ben Foster – he just seems like a perfect Gump for me, introspective but still sort of crazy. And if we’re getting Foster in, we should just make a day of it hire Harrelson to play Lt. Dan.
And, now the results….
After your voting the winner of this episode of LAMB Casting was CS’ cast headlined by Michael Shannon. He promised me he’d win it eventually, so Happy New Year (a late greeting) CS – seems like you’re a soothsayer.
Thanks to all the participants and voters, I guess there’s nothing more to say but…
“Run, Forrest!”
(Ryan may not have won, but his entire cast probably wins for most photogenic group.)