LAMB Casting: All About Eve

Andrew here, with another episode of LAMB Casting. We took a relatively new film the last time with P. T. Anderson’s Magnolia but this month we return to our classic roots and are recasting Joseph L. Mankiewicz’s 1950 Best Picture winner All About Eve. It’s a notorious ensemble (featuring one Oscar winning and four Oscar nominated performances) and it’s appeared time and time again on list of greatest films. So, you have your work cut out for you in recasting the principal players. 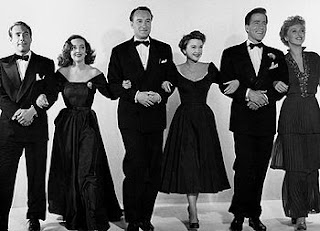 All About Eve is sort of superlative in the way that it has a brilliant screenplay, great direction &etc so good luck finding a band of brilliant actors. Just send me your choices for the characters listed above to my email at dangerous.liaison231(@)yahoo.com (remove parentheses) with the word “LAMB Casting” in title. Good luck with your choices.

Tags: All About Eve

One Response to LAMB Casting: All About Eve