LAMB Casting (Reminder): All About Eve 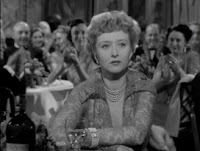 Send your ideas to me at dangerous.liaison231(@)yahoo.com (remove parentheses) with the words LAMB Casting in the title. No you won’t win anything tangible, but remember what Margo said…

“If nothing else, there’s applause… like waves of love pouring over the footlights.”

Tags: All About Eve, incessant reminders