Andrew here, yup it’s Christmas and whatnot and you’re probably trying to get into the festive mood. Before you commit to that, though, it’s time for the next episode of LAMB Casting and we’re going dark with Martin Scorsese’s Taxi Driver. It’s a gritty one, and I’m particularly interested to see how the casting works out. Ostensibly any re-casting of this will live and die by its casting of Travis, but having some good supporting players around won’t hurt. I don’t plan on closing entries until the first or second week in January, so you’ve got time to think about your options and send me an email at dangerous.liaison231(@)yahoo.com – remove parentheses – with the title LAMB Casting Taxi in the title. The characters to recast are 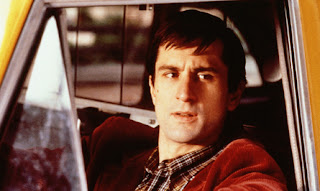 (Watch out next week for Interview with a LAMBpire where we talk with the latest LAMB Casting winner Candice.)
So, knock yourselves out. And, good luck on the casting.