Andrew here, you’d have noticed that it’s been some time since a LAMB Casting entry. Apologies, but we’re back. This month’s entry is an oft forgotten Woody Allen film (but no less significant in its oeuvre) and I suspect that a number of you might not have seen it. I’m intrigued at the idea of re-casting it, though, because of the strong female focus and even if you haven’t seen the original don’t let that dissuade you from sending in an entry.

The film focuses on three sisters dealing with their parents divorce and his subsequent decision to marry another, more normal woman. I’ve included the ages of the actors at the time the movie came out to make the casting simpler. 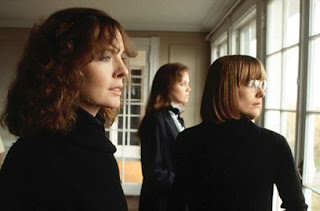 So, that’s five women and a male – a female centred LAMB Casting. I urge you to go crazy with the picks, blind casting if the idea intrigues. Send your casts to me at dangerous.liaison231(@)yahoo.com (remove parentheses) with the title “LAMB INTERIORS” and a link to your blog/site. You’ve got a couple of weeks.

(In case you’re new to the LAMB Casting: Kindly send your picks in and refrain from posting them on your blog so that when voting time comes it’s more interesting with no one knowing who submitted what, thanks.)
Good luck.

One Response to LAMB Casting: Interiors