by AndrewEncore · September 25, 2010 · Lamb Casting · 2 Comments
This is Andrew here with your long overdue results for the last episode of LAMB Casting. I have no excuse for the egregious lateness in this posting, so I won’t even bother to give you a half-assed excuse. Nonetheless, I’m finally here with the results for the recasting of the 1997 Julia Roberts’ vehicle My Best Friend’s Wedding. Here we go: 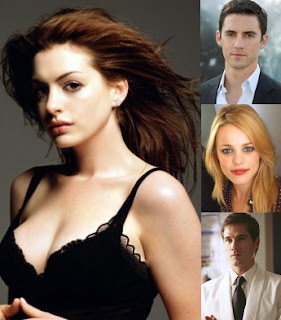 Ryan of Sorta That Guy led with Anne Hathaway as Julianne Potter, the shrewish heroine. I’m slowly coming to like Anne, at least a little, though I’m not the biggest fan. I’m more on board with her choice for the de facto lead – Milo Ventimiglia. I’m probably wrong, but I honestly think that Ventimiglia has potential to become a good actor and he’s way more interesting that the very bland Dermot Mulroney in the original. Ryan continues with Rachel McAdams as Kimberly Wallace, the needy fiancée. McAdams is another young ingénue I’m on the fence about – but I like the thought of her in this type of role. He closes with Luke McFarlane as George Downs, the cool gay friend to our heroine. It seems like a logical possibility, McFarlane is funny but doesn’t overcompensate with the funniness and the role would work for him.
Standout: Milo Ventimiglia as Michael O’Neal 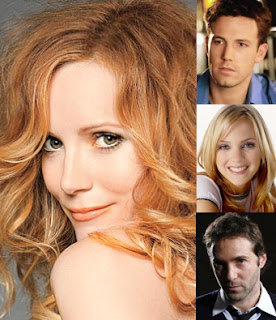 CS of Big Thoughts From A Small Mind, he sort of had me from Leslie Mann as Julianne Potter. Leslie deserves more than playing opposite whosoever is the lead in a Judd Apatow comedy. In the same way that HBC’s turning into the one consistently brilliant thing in Burton’s films Mann is the same and she needs a role that’s more than just meh. She’d probably kill this. Ben Affleck as Michael….? Hmm, I’m anti-Ben but in a way he works for the mildly attractive blandness of Michael O’Neal. Anna Farris could definitely pull of the desperate funniness of Kimberly and Alessandra Nivola could probably pull of the suavity of George.
Standout: Leslie Mann as Julianne Potter 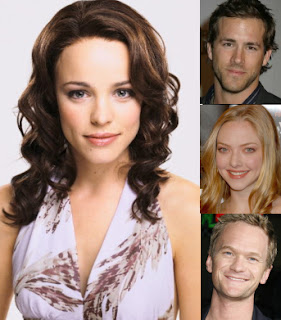 Marshall of Marshall & the Movies is our defending champion and he leads with Rachel McAdams – but this time she’s headlining the cast in the Julia Roberts role. I feel as if people are actively trying to turn her into the next Julia Roberts – I’m not really enamoured with that….but the funny lady with a mean streak seems like something she could do (Regina, but older and toned down). Ryan Reynolds as Michael is an interesting choice. The jury’s still out on Reynolds, but this could be a good year for him – though I’d like to see him do more than (romantic) comedy. Amanda Seyfried seems like a more than able descendant to take up the crazy torch from Cameron Diaz’s Kimberly Wallace. Seyfried has been turning in fairly good work as of late and this role seems like it’d be a good fit for her….and Neil Patrick Harris as George Downes? How on earth could I argue with that?
Standout: Neil Patrick Harris as George Downes 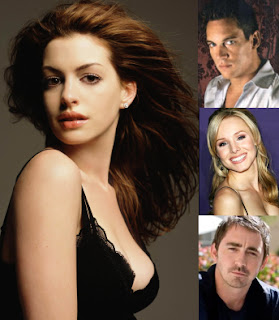 Ryan (aka Univarn) of A Life in Equinox: A Movie Lover’s Journal, strangely enough, leads with Anne Hathaway. (Why are people so drawn to her?) I’m willing to forgive Jonathan Rhys Myers for From Paris With Love and I’d like to see what he’d do with a comedy like this (he’s so often playing those intense, broody types). I’ve never been able to appreciate Kirsten Bell (never saw an episode of Veronica Mars) but she appears to have the innocent charm necessary for Kimberly and the underrated Lee Pace seems like a brilliant choice for George.
Standout: Jonathan Rhys Myers as Michael O’Neal 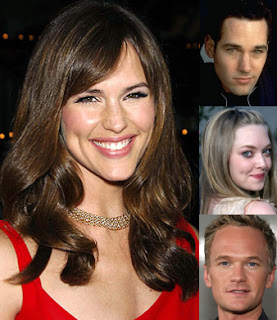 Kai of The List leads with Jennifer Garner. Garner did a good job of a slightly abrasive, yet oddly sweet, character in Catch & Release. She’s a better actress than the roles she gets. Amanda Seyfried and Neil Patrick Harris both appear again as Kimberly and George; both of them almost perfectly casted. Paul Rudd is someone I like, but who keeps underwhelming me. I’m not sure if a role like Michael would make me like him more, but it could be.
Standout: Neil Patrick Harris as George Downes 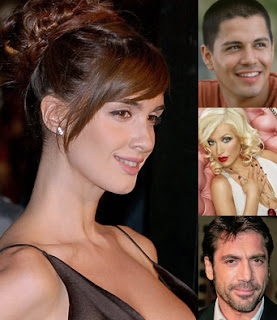 Ruben of My Floating Red Couch takes the cast and turns it Latino. Paz Vega earns the role of Julianne Potter with Jay Hernandez as Michael. I like the idea of changing the cast’s ethnicity and both Hernandez and Vega seem like good fits for their character. Really, I like Ruben’s idea of Christina Aguilera as the neurotic Kimberly; though I may be alone on that. And, of course, Javier Bardem as George seems a bit too good to be true.
Standout: Javier Bardem as George Downes. 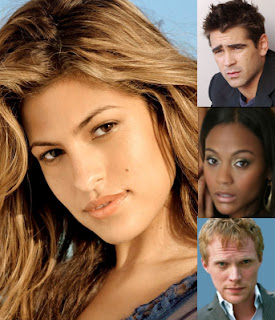 I’d like to make mention of Heather’s cast; (Movie Mobsters) she was a little too late to be a part of the actual competition but I liked her cast of Eva Mendes as Julianne, Collin Farrell as Michael, Zoe Saldana as Kimberly and Paul Bettany as George Downes. I loathe Eva Mendes, but otherwise she’s done some good work. I’m especially loving the idea of Zoe as Kimberly.
(I’m surprised people like Reese Witherspoon, Jake Gylenhaal and Kirsten Dunst to show up, but the casts that did come were impressive enough.)
I think each cast has something special going for them, but it was sort of a runaway with the results and YOUR choice was the Rachel / Ryan / Amanda / Neil combo. Yes, Marshall has once again monopolised the competition. Thanks for waiting, and thanks to all the participants. Congrats to Marshall.
What say you? Would you be willing to see My Best Friend’s Wedding again with any of these casts?

2 Responses to LAMB Casting My Best Friend’s Wedding: The Results