Interview with a LAMBpire: CS of Big Thoughts From A Small Mind

by AndrewEncore · February 15, 2011 · Interview With The Lambpyre, Lamb Casting · No Comments
Andrew here with another entry of Interview with a LAMBpire, and as per normal I’m egregiously late about it. Apparently, I can’t change my ways. The last time I featured an interview with Marshall (here) after he won an entry of LAMB Casting, and our most recent winner is CS of Big Thoughts From A Small Mind who won for recasting Forrest Gump.  Here’s some of his intelligent thoughts on aspects of cinema.
Andrew: Michael Shannon is one of the actors you chose for your cast. He’s been around for a while, was Oscar nominated in 2008 – what do you think of him as an actor? What do you think he has to do to make into the “big leagues”?

CS: Shannon has been doing solid work for many years (e.g. Jesus’ Son, The Woodsman, 8 Mile, Tigerland, etc.) but he really hit his stride of late. He was the best thing in both Revolutionary Road and The Runaways. I also really appreciated his work on the show HBO Boardwalk Empire. There are some actors and actresses that, for some reason or another, do not get there big break until later in life. I think Boardwalk Empire gave him great mainstream exposure which should help him further his career. Shannon will never be a big name like Tom Hanks or George Clooney, yet I can see him following the career paths of Philip Seymour Hoffman and Paul Giamatti.
Andrew: I love the PSH comparison. He was sort of just floating along, sometimes in prestige flicks (The Talented Mr. Ripley or Cold Mountain, for example – oddly, both Minghella films and I loved him in both) or not-so prestigious ones like Along Came Polly. I can definitely see Shannon “breaking out” as he gets older. Do you see films as predominantly art of entertainment?
CS: I watch films for entertainment and often find the art in them. At the end of the day a film needs to evoke some emotion out of me. I always say that the worst type of film is one that I am indifferent to. I always smirk when I hear people state “I only watch good films!” Usually they say this in regards to watching only artistic films. How does one measure this exactly? Does a film from the 1950’s automatically have more artistic merit than a John Woo action film? I think a true lover of cinema can find the art in every genre of film.
Andrew: Sort of a genre bias, no? I suppose we all have inherent biases but some film enthusiasts do seem to take it a bit too far. Do you agree with the principles of the auteur theory, which states the director is the major creative force behind a film, and is the person who leaves the biggest mark? Which director best embodies the theory?
CS: I constantly struggle with this theory as I think we tend to give directors too much praise at times. Sometimes a film can be poorly directed but have wonderful cinematography or exceptional writing. The director is responsible for overseeing the whole project, but sometimes it is the team that they work with that makes the director look good. When I think of directors who best embody the auteur theory names like Paul Thomas Anderson, Hal Hartley, Martin Scorsese, Christopher Nolan, and Wong-Kar-Wei, all come to mind. These are directors know how to get others to believe in their vision. They each have a unique voice that comes across clearly in their films.
Andrew: Smart answer, and I don’t think the commanility that often ensues between the director and picture prize at awards’ shows helps. It suggests that the two entities are synonymous. Do you think there’s more merit in being an auteur-director? i.e. Would you say that the directors above (Scorsese, Anderson, Nolan) who embody this theory are superior to their peers? 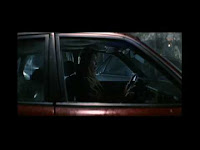 CS: I think a director’s merit really boils down to personal preference. Lars Von Tier and Michael Haneke are perfect examples of this. Some herald them as master auteur-directors while others just think they are dreadful. I find that I tend to be drawn more to auteur-directors mainly because they take the most risk. They normally do not have to worry about the weight of a studio riding on their films success (Christopher Nolan’s Batman franchise would be the exception to this). Would any other director beside Paul Thomas Anderson have the stones to include biblical allegory to their film the way he did in Magnolia? The “frogs scene” is truly a make or break moment for most viewers. Yet this does not mean that I will view other directors with a scornful eye. Some of my favourite films (e.g. Zero Effect, Flirting, Chasing Amy, Donnie Darko, Six Degrees of Separation, etc.) were made by directors who would not fall under the auteur label in most film circles. At the end of the day, the difference between an average director and an auteur, like everything in the film industry, can often come down to one or two films. Neil LaBute was considered an auteur after his first three films then he went on to make The Wicker Man and Lakeview Terrace. Suddenly all the auteur talk stopped. I know I am simplifying things but you get the point.
Andrew: Ah, Lakeview Terrace is often such a problematic film. What do you think of it?
CS: The film actually starts off well but completely loses its way by the end. Similar to the film White Man’s Burden, Lakeview Terrace never really wants to commit to the racial themes it brings up. Instead of being a tense thriller about racism in the suburbs, the film snowballs into a lame story about adultery. The racial aspect becomes more of a “random coincidence” kind of thing rather than the main focal point.
Andrew: Gun to your head – you’re only allowed to watch old-cinema (70s and earlier) or contemporary cinema (80s and later). Which would you pick?
CS: Contemporary cinema. Partly because it played such a large part of my childhood. I enjoy old-cinema, especially the 70’s era, but it was contemporary cinema that first fostered my love of cinema. Plus, I am always interested in seeing where the film medium goes next.
Andrew: Decades ago, the films that topped the box-office used to be the ones that were winning the top awards. Today, the divide has grown and the box-office favourite isn’t always the critical favourite. Care to comment on that?
CS: Years ago the studios made films with good stories that people wanted to see over and over on the big screen. Thanks to home entertainment systems, and now the internet, people are not as excited to see films in the theatres multiple times. As a result, most studios look to make as much money as they can on the opening weekends. The majority of the top grossing films today have more to do with their marketing than the actual quality of the picture. This is why all three Alvin and the Chipmunks movies can play in over 3000 theatres (A/N: The third Alvin & the Chipmunk movie is due in theatres this fall: which is new information to me) while a film like Winter’s Bone might only open up in 100 theatres. I think things are slowly swinging back around though. Studios did not rake in as much money this year as they did in previous years. The average cinema goer is a lot more sophisticated now then ten years ago. The box-office success of Inception, Toy Story 3, Black Swan, The Social Network, The Girl With the Dragon Tattoo are examples of this. Plus critics are slowly starting to acknowledge well made “big studio” films again. Films like Avatar, Toy Story 3 and Inception received strong critical praise when they were released. It will be a while before we see a major studio film dominate the award circuit as critics still tend to support smaller films but the time will come again.
Andrew: If there was one film you could claim you made – not necessarily your favourite, but the one you’d be proud to have produced, written or directed, which would it be? Why?
CS: There Will Be Blood. I found it to be an extremely ambitious film that succeeded on every level. I have always been a fan of Paul Thomas Anderson’s films but I thought he really showed growth as a director with this film. There Will Be Blood divided a lot of movie lovers but there is a dark beauty to the film that I found simply mesmerizing.
Andrew: Which one person – actor, director, producer, composer, writer, other – has had the biggest influence on you in the film industry?

CS: Hal Hartley would be my choice. He is not a director that comes to mind for most people as he tends to make smaller films. Yet he was one of the people who really had an impact on my film going experience. There is something about his deadpan dialogue that I absolutely love.
Andrew:: I feel like a right idiot, I had to google Hal Hartley. Thanks for the chat, CS. Any final words?
CS: Ha Ha don’t feel bad, Hal Hartley is an acquired taste even for those who know who he is. As for my final words, I will just say that I am looking forward to defending my title in the next edition of LAMB Casting. Also, I want to let the readers know that new editions of both the LAMB Acting School 101 and Pitch the LAMB will be up after the Oscars.
So, apparently CS is a brainiac.
(If you have any questions you’d like to see featured on Interview with a LAMBpire, email them to me at dangerous.liaison231(@)yahoo.com – remove parentheses)