Andrew here, let’s just avoid all preamble of my lateness and get on with the results – shall we?

It seems that the more celebrated the film the more interesting you folks become in recasting it and this time around we get eight potential picks for the Taxi Driver remake (which shall not happen, but is still fun to imagine).

Dan Simpson (of PG Cooper’s Movie Reviews) and his pick: 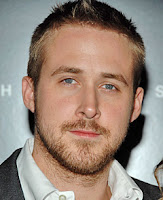 RYAN GOSLING (Travis); CHLOЁ MORETZ (Iris); CHRISTIAN BALE (Sport); SCARLETT JOHANSSON (Betsy); JESSE EISENBERG (Tom); PATTON OSWALT (Wizard)
Gosling earned acclaim last year for playing a reticent driver, this time around he’d be playing a head case driver. There’s not necessarily a paucity of 30ish actors around, but Gosling name is one which keeps coming up – and with reason. It’s a sound choice for the lead (he did carry two films on his back, three if you include his work on Crazy Stupid Love). Elsewhere, I love the choices of Johansson and Oswalt in particular. Johansson’s done fine work playing somewhat abrasive women that still turn into objects of affection, and Oswalt did fine work for year son United States of Tara and it’s nice watching his star rise. 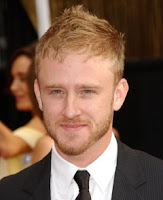 Shane (of Film Actually) and his picks:
BEN FOSTER (Travis); CHLOЁ MORETZ (Iris); CHRISTIAN BALE (Sport); KATE HUDSON (Betsy); SETH ROGEN (Tom); PAUL GIAMATTI (Wizard)Foster was the first name I thought of when I decided to opt for a Taxi Driver recast, and I’m glad he turns up here. Quiet rage is something I think foster does well (particularly in The Messenger) where he shows what a fine actor he is. Kate Hudson is a nice choice as Betsy, if only because I think she’s nowhere near as terrible an actor as she is a script chooser – I’d be down with her getting a nice dramatic turn to signal any signs of life in her.

CS (of Big Thoughts from a Small Mind) and his picks 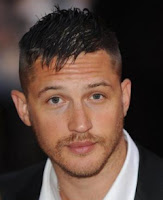 TOM HARDY (Travis); ELLE FANNING (Iris); IDRIS ELBA (Sport); GWYNETH PALTROW (Betsy); GUY PEARCE (Tom); MEL GIBSON (Wizard)
Hardy’s star is currently on the rise and Harvey Weinstein did say that by the end of 2012 every household will know his name (due to Wettest County). His supporting turn in Tinker Tailor Soldier Spy and his angry sibling in Warrior in 2011 were both showcases for dramatic chops, and he’s a believable choice for Travis. I like Idris Elba for Sport, an actor’s who’s bound to find crossover appeal within the next few years, I think. And, Mel Gibson as Wizard is just the nice touch of irony. 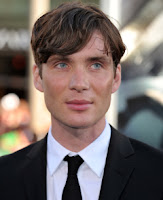 Candice (of Reel Talk) and her picks
CILLIAN MURPHY (Travis); CHLOЁ MORETZ (Iris); EDWAD NORTON (Sport); MICHELLE WILLIAMS (Betsy); MICHAEL SHANNON (Tom); JOHN C. REILLY (Wizard)
This is an outré choice, for me, and I like it. Ten years ago Cillian Murphy seemed bound to become a star, but he hasn’t quite “made it”, though. He’s a strong actor, nonetheless and with just the right amount of eccentricity to make Travis’ ostensible transformation in the film work. John C. Reilly as Wizard is a fun idea, he’s such a good character and always dependable for turning in strong turns in bit roles.

Richard (of From the Depths of DVD Hell) and his picks: 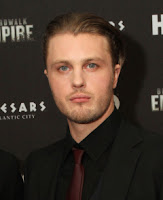 MICHAEL PITT (Travis); ABIGAIL BRESLIN (Iris); JOHN LEGUIZAMO (Sport); ZOOEY DESHANEL (Betsy); JASON SCHWARTZMAN (Tom); JEFFREY TAMBOR (Wizard)
And, oddly enough, Michael Pitt was the second name which occurred (especially in light of his stunning work this past season on Boardwalk Empire. He’s clearly down with playing characters with hard edges and obvious psychosis. Zoeey Deschanel is an interesting choice for Betsy. I admit, I am no fan of hers but it’s just the sort of surprising choice that makes these sessions so interesting.

Craig M The Movie Report and his picks: 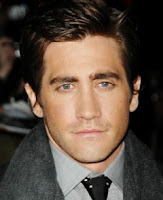 JAKE GYLLENHAAL (Travis); ELLE FANNING (Iris); MARK STRONG (Sport); MICHELLE WILLIAMS (Betsy); NEIL PATRICK HARRIS (Tom); SETH ROGEN (Wizard)
Gyllenhaal is another pick I find a bit surprising, he doesn’t strike me as particularly dangerous but I feel as if Jake’s become a bit undervalued (and he’s not completely blameless in the situation), and a role like this would be a fresh departure from the more standard characters he’s associated with. Neil Patrick Harris for Tom is a supporting casting bit I particularly like. Not only because Harris should be in more movies, but because it’s a pick that I could see working so easily.

Andrew (of The Stop Button) and his pick 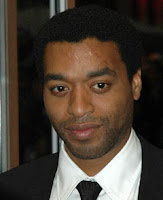 CHIWETEL EJIOFOR (Travis); MACKENZIE VEGA (Iris); JOSH HARTNETT (Sport); LINDSAY LOHAN (Betsy); JESSE EISENBERG (Tom); VAL KILMER (Wizard)
Major props to Andrew for two avant-garde choices that work. He mixes things up with a black Travis, and Chiwetel (who’s managed to be in a number of films without becoming that recognisable) is a solid choice. With the paucity of young female actors to choose from, I like the pick of Mackenzie Vega. I find her just the right mix of precocious and exasperating in The Good Wife and it would be interesting watching her take on the role of Iris.

Dan O’Neill (of Dan the Man’s Movie Reviews) and his picks: 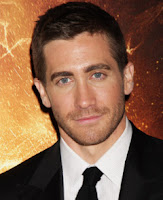 JAKE GYLENHAAL (Travis); ELLE FANNING (Iris); MATTHEW MCCONAUGHEY (Sport); MICHELLE WILLIAMS (Betsy); OSCAR ISAAC (Tom); NICOLAS CAGE (Wizard)
Who’d have thought that Jake would be the only actor that more than one of you chose? Dan’s got some nice choices for the supporting players, too. Cage as Wizard is particularly delicious and McConaughey as Tom is the type of dubious role that he seems born to play. I’m especially pleased to see Oscar Isaac here; he’s an admittedly inconsistent performer varying in goodness vastly from work to work. When he’s good, though, (Drive, Agora) he’s arresting. I’d like to see more of him.

Other Observations
– You guys really loved Elle Fanning and Chloe Moretz. And, who’d have imagined multiple choices for Michelle Williams and Jesse Eisenberg.
– I’m a bit surprised no one opted for Joseph Gordon Levitt.

Anyhow, on with the results. There’s a massive four-way tie for second, but the clear winner is Dan Simpson for his cast of Gosling, Bale, Johansson et al. You people sure do like your Gosling.

Did you love the Gosling for Travis? Chloe or Elle for Iris? Which cast was your favourite?