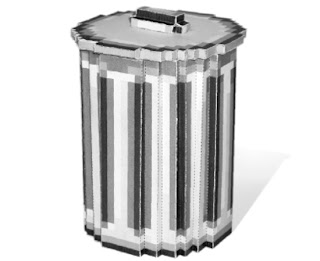 Despite what you may have heard on a particular podcast, I do not hate all trailers.  Some of them are quite good because only the right amount of info is giving about the  flick itself.  I’m just sick of the ones that have a narrator tell you the entire plot in just under two minutes.

This week we got some good ones that don’t use narrators, and at least three of them look like movies I would see.   Let me know what you think in the comments section below.  As usual I will focus on two wide releases and two independent ones.

Will Ferrell and Zack Galifianakis are two politicians trying to outdo each other in this political comedy.  It doesn’t seem fair to label this as such because there’s not any debatable topics being discussed. The only response one will get out of this trailer is mild amusement.  There have been tons of these kind of movies before where two characters have to compete in a series of wild and wacky deeds.  One of them will win the prize while the other becomes a better person in the end.   Although it’s directed by Jay Roach who has had some critical success with his two HBO movies “Game Change” and “Recount“.  Let’s not forget he also directed the third Austin Powers movie and “Dinner For Schmucks“.

The only thing I was left asking after watching this trailer was what year was this suppose to be set in.  The buildings and the fashion make this look like it was set in the late 30’s or  early 40’s.  But the use of quick cuts, modern music, and dialogue from today make me think otherwise.   Despite the great cast which includes Ryan Gosling, Josh Brolin, Emma Stone(so much better as a red head) and Sean Penn.  This really does not have much going for it.  Maybe if the characters would speak like the ones in “His Girl Friday” or “White Heat“.  It would at least win points for trying to at least be different from the typical gangster films of today.  As it stands this mainly looks like a period movie that doesn’t know what period it’s in.

The latest from Todd Solondz(“Welcome To The Dollhouse“)  is kind of a change from the usual movies he makes.  For one it doesn’t look as dark as his other movies(not counting the actual title), but maybe this preview is just making me that.  In it Abe (Jordan Gelber) meets and falls in love with Miranda(Selma Blair) because she is considered like him to be the outcast of their families. The guy still lives at home with his parents (Mia Farrow and Christopher Walken) and is considered by many to be a looser.   If I could still live with my parents, I would.  Free rent and a home cooked meal every night.  That sounds like a winner to me.  Solondz is good at finding compassion for these types of characters so I’m interested to see what does here, but I can’t deny this does look pretty bland.

What makes a man a real man?  I thought all along it was just having a penis that did it, but apparently this documentary has a lot more to say about the subject.  Judd Apatow, Jason Bateman, Will Arnett, and others explore the topic of male grooming habits, and find out what works and I guess what doesn’t.  Morgan Spurlock usually does a good job with his documentaries, and this one does look funny.   Although I can’t help but think this is just a way for these actors to plug their upcoming movies more.

Have a great week everybody.