Interview with a LAMBpire: Anna of Defiant Success

Andrew here to shine a light on another one of our LAMBs, this time Anna of Defiant Success who won the last episode of LAMB Casting. On with the questions…

Andrew: You casted Carey in the Audrey Hepburn role and back when she did An Education there was much hubbub to her being the next Audrey. Do you think publicity like this boxes a contemporary in, or do you think it’s fair game to see actors compared to their predecessors?


Anna: Well, I have no problem with that. I compare contemporary actors with classic actors all the time. (It’s kind of evident from the Counterfeit Casting posts on my blog.)

Andrew: Who is your favourite director? Why?


Anna: Oh hell. I got too many to name. Gun to my head, I would say Billy Wilder simply because his movies have stood the test of time. Some Like It Hot is still funny, The Apartment is still sweet and Sunset Boulevard is still wonderfully cynical.

Andrew: So, you’re a fan of Billy Wilder and even though he’s remembered for his comedies most often he’s tackled a great deal of genres. Can you think of any significant contemporary directors who have that ability to shift genres successfully?

Anna: Steven Spielberg. I mean, really. He had Jurassic Park and Schindler’s List in 1993, Minority Report and Catch Me If You Can in 2002, and War of the Worlds and Munich in 2005. If that ain’t versatility, I don’t know what is.

Andrew: Do you agree with the auteur theory (which posits that the director is the biggest creative force behind a film)?

Anna: Well, obviously. You don’t normally have people seeing a movie because a certain screenwriter was a part of it (Aaron Sorkin aside).

Andrew: In your opinion, which director best embodies this theory? 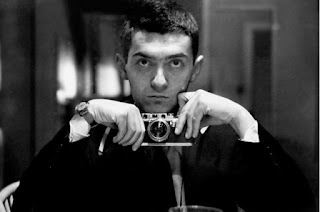 Anna: Stanley Kubrick comes to mind, even if by all accounts he was tyrannical on the set. But there’s no denying the impact his movies had on the world of cinema.

Andrew:How important you think casting is in film? Does the actor make the role or vice versa?

Anna: Well, sometimes the casting relies on what the actor’s personality is like. But other times it’s fun to see an actor switch things up. After all, you did comment on my choices by saying that you “like that Gosling, usually so silent, is playing the more active character here and it’s nice to see the usually brash Bale as the more silent Linus.”

Andrew: Do you see films predominantly as art or entertainment?

Andrew: Name a film, not necessarily your favourite, but one which you’d like to take credit for (writing or directing, or both).

Anna: Writing the cliff scene dialogue in Butch Cassidy and the Sundance Kid.

What do you think of Anna’s responses?

(If you have any questions you’d like to ask the LAMBs, email me at dangerous.liaison231(@)yahoo.com -remove parentheses)