Interview with a LAMBpire: Dan of PG Cooper’s Movie Reviews

Andrew here with another entry of Interview with a LAMBpire. I’m still anxiously awaiting (more) excellent entries for this month’s LAMB Casting of Woody Allen’s Interiors, but it’s time to fete the winner of the last LAMB Casting episode – Dan of PG Cooper’s Movie Reviews.

(If you have any questions you’d like to see featured in the Interview with a LAMBpire email me at dangerous.liaison231(@)yahoo.com)

Andrew: Gosling was one of the actors cast in your winning entry of the LAMB Cast. Assuming you’re a fan of his work, what do you think of the year he’s been coming off and what would you like to see him do next (actors to work with, genres, directors)?

Dan: I was thrilled to see Gosling dominate throughout the year. I’d greatly enjoyed his work in Lars and the Real Girl, Blue Valentine, and especially in Half Nelson. For him to have two great dramatic films which I loved (Drive and The Ides of March) and a fun film the general public enjoyed (Crazy Stupid Love) was pretty special. It was also great to here so many non-film people talk about Gosling.

As for where he goes next? Gosling seems to know what he’s doing. He’s got two collaborations with Drive director Nicolas Winding Refn in the works, is signed on to be in the next Terrence Mallick film, and a second collaboration with Blue Valentine director Derek Cianfrance in post-production. I’m confident he’ll continue to pick interesting projects. So to answer your question, I just want Gosling to continue down the path he’s going.

Andrew: Do you agree with the auteur theory (which posits that the director is the biggest and sometimes only really significant, creative force behind a film)?

Dan: I agree with the theory to an extent. I think the best directors are the biggest creative force behind their films, but I don’t want to discredit everyone else in the filmmaking process. Film is a collaborative meaning. Even the greatest directors couldn’t make good films without talented actors, writers, editors, make-up artists, etc.

Andrew: Which directors best embody…or disprove the theory for you?

Andrew: Do you see films as predominantly art of entertainment?

Dan: Both. I’m not one of those people who draw a line between what’s considered art and entertainment. I think great art usually is entertaining in some way or another. I also believe that escapist films have an artistic value. Regardless of whether or not they have a deep message, the best escapist films are still made with a degree of artistry. To me, it’s not about “artsy” or “entertaining”, it’s about finding the right mix of both.

Andrew: Which one film would you like to take credit for? Not necessarily your favourite but one which you’d like your name attached to (writer, director, producer, other)?

Dan: I wish I wrote Eternal Sunshine of the Spotless Mind. To come up with such a new story in this day and age is pretty rare, not to mention the fact that it blends so many different genres. I’ve also seen a movie that made me feel and think so much. I’d be so proud if I could say I wrote that.

I’d also like to be the creator of Star Wars so I could be insanely rich.

Andrew: Decades ago, the films that topped the box-office were traditionally the ones that were winning the top awards (for example, On Golden Pond, a film headlined by two aging stars was a box-office smash). Today, the divide has grown and the box-office favourite isn’t always the critical favourite. Care to comment on that?

Dan: I’m know box-office expert, but if I had to pick a reason for the shift, I’d say it has to do with the studios focusing more on the teenage demographic. And unfortunately, most teenagers don’t want to see a smart, well-crafted, or thought provoking film. Most want to see something simple that they can see with their friends. It does bother me to see great films barely carve out a profit, while mediocrity dominates the box-office. That said, while I do wish critical favourites could also be blockbusters, I’ve come to accept that most of the movies I love aren’t the types that bring in serious cash, with a few exceptions such as the Harry Potter series and Chris Nolan films.

Andrew: Which one person – actor, director, producer, composer, writer, other – has had the biggest influence on you in the film industry? 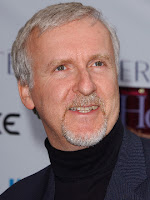 Dan: James Cameron just because of Terminator 2. I liked movies when I was young, but watching Terminator 2 when I was ten years old was a mind blowing experience. It was the first film to make me realize I wanted to take film as a hobby more seriously. After that, I slowly start to seek out darker and more dramatic films. So basically, without James Cameron, we never would have had T2, and I may never have become a film fan.

Agree with Dan on Cameron’s influence? Is Eternal Sunshine of the Spotless Mind a film worth taking credit for?

One Response to Interview with a LAMBpire: Dan of PG Cooper’s Movie Reviews