Andrew here with the results for the latest of entry of LAMB Casting. I’ve kept you waiting for quite a bit, so I’ll head immediately into the options you had to choose form in re-casting Woody Allen’s first authentic straight drama Interiors.

Walter from The Silver Screening Room: 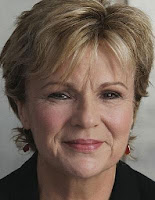 This cast is predominantly British and anglophile that I am, it thrills me much. But, it’s not just the heavy appreciation of the British which makes Walter’s amalgamations of performers work. Nighy remains as one of the finest actors who is simultaneously almost always forgotten and although the film itself cares more its women, it’s the sort of quiet tender role I suspect he could do well. And, Kristin Scott Thomas has made a career of ostensibly perfect with underlying psychoses, I’d expect her work here would be fitting.

Bonus Points: Julie Walters as Pearl, Walters is a fine two time Oscar nominee, and as fun as she’s been in the eight Harry Potter films she deserves more than a career as a sidekick. She’d be excellent here. Better yet, bring in Stephen Daldry to direct. He directed her to her last Oscar nod (Billy Elliot), he’s British, good with his ensembles and also directed Kate to her Oscar. I’d see that.

Aaah, Streep. I was wondering who’d cast her and Shane makes good on it. Granted, I’m not the Iron Lady’s most ardent fan my favourite performance of her in the past 2 decades was her Clarissa Vaughn in The Hours, a woman with as much essential sadness as Eve, and Wilkinson does well opposite his leading ladies (see In the Bedroom). Shane goes for a series of good but not too flashy performers for the daughter which shifts the focus, on paper at least, to the parents and not the children. And, with Meryl poised in what would probably bring her 35th Oscar nod – that makes sense. Clint Eastwood would come in to direct after dropping out of the husband role, hoping to direct Meryl to an Oscar nod again a la Bridges of Madison County.

Bonus Points: Kathy Bates as Pearl. This is sort of a stroke of genius because Kathy’s sensibilities as a performer do elicit the same winsome albeit in a somewhat gauche nature that you’d expect of the vibrant but not very sophisticated Pearl and as good as she is as a comedienne I love to watch Kathy bite into dramatic titbits. 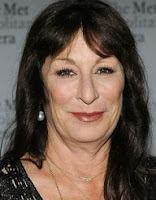 It’s been a while since Ricci had a role worthy of her, and it’s been sometime since McAdams showed all the promise that made her seem poised to be a force to reckon with. I can get behind them both working on something like this. They’ve both been adept at working well with ensembles as has Knightley.

Bonus Points: Anjelica Huston (and Christina Ricci, together again). I wonder if this was meant to be an Addams’ Family reunion, because it does work, no? Especially since it’s been so dreadfully long since Anjelica has managed to get a truly effective role (no more Kindergarten Cop, thank you very much). Remember how heartbreaking she was navigating the trials of motherhood with her personal issues in The Grifters? Of course you do, she was excellent. In fact, enlist Stephen Frears (her director there) to direct her here. He directed Helen Mirren to Oscar winning work in The Queen, maybe it’ll work for Anjelica, too.

Courtney from Big Thoughts from a Small Mind:

Who the double helpings of Tommy Lee Jones coming? I love when surprises like that happen in LAMB Casting. Also, it’s a 90s reunion with dual Oscar nominee Mary McDonnell playing his wife (this could only have been improved if Kevin Costner was cast as her husband). And, with Miranda Richardson (another dual 90s Oscar nominee) for the role of the “other” woman, the older trio sings. The trio of daughters works, too – in different ways. I’m open to being convinced of Zooey Deschanel’s worth and a strong drama like this might sway me.

Bonus Points: Miranda Richardson; admittedly this works as a bonus inclusion in the cast because Miranda Richardson is marvellous and we need more reminders of that in the cinematic world. After her one-two bid for Oscar with Damage and Tom & Viv she’s done fine work but not often that often. I’m going a bit left field, but why not bring David Cronenberg in (Miranda worked with him in Spider) and mete out a perverse version of Interiors? I’d be on board.

Samantha, Kirsten and Carey – possibly the trio I can most invest in as a sister pairing. They’ve all got this same ability to play muted and excitable (admittedly, Carey less than the other, too) and I’d be intrigued to see them play opposite each other. Jeremy Irons and his incredible diction make for a worthy fatherly candidate as does McDormand. I’m so used to her comedic work I’d be intrigued to see her tackle something as dramatic. And, what movie isn’t made all the better for the inclusion for Patricia Clarkson? No movie, that movie hasn’t been found because Patty makes everything better.

Bonus Points: Frances McDormand; this makes it even more sense because I’m enlisting Joel and Ethan Coen to direct. It’s been a while since they’ve done a straight drama in the vein of Interiors.They directed Frances to her Oscar win with Fargo, and they’re good at eliciting different things from their performers (see: Brad Pitt, Kelly MacDonald).

Richard of The Movie Projector:

And Wilkinson strikes against, this time against a just as formidable female actor. Interestingly, Zooey and Rebecca appear again, too (I’m so curious as to what you guys make of the popularity of these three and Tommy Lee Jones). This cast skews particularly young with the daughters with Hall playing the oldest one and recent-almost-Oscar nominee Woodley playing the youngest.

Bonus Points: Annette Bening; Annette Bening is amazing, regardless of role – really. But, she’s so often being cast as a stick-in-the-mud (admittedly, she does it well) that people tend to forget how much fun she can be when she’s having fun (Being Julia, The Grifters, The American President). Sam Mendes will direct because he owes Annette for making her into the ice-queen in American Beauty. She’ll win her Oscar, as will Glenn. Oscar enthusiasts world-over will rejoice. The end.

And, just because I can – this is my own personal cast using one from each of your options. Tom Wilkinson and Glenn Close for the parents (from Shane and Richard’s casts); Kate Winslet, Maggie Gyllenhaal and Carey Mulligan (from Walter, Courtney and Anna respectively) and Marcia Gay Harden from Dan. Because I can make a cast using all these great choices and come up with something great. I am somewhat surprised that some names did not pop up (Julianne Moore, Ralph Fiennes, Romola Garai) but I am impressed with the offering. And, take note, casting agents – notice all the great older female talent on show here?

Thanks all for your inspired choices, and to all you who voted.

It ended up turning into a two horse race and the runner up was Walter’s predominantly Briton cast. The winner, though, was Anna and her cast of Frances McDormand and company, making this her second win on LAMB Casting. And, how’s this for trivia – her last cast (a recast of Sabrina) also had Carey Mulligan.

What did you think of the choices offered? Surprised at the winner? Wish Anna congratulations and sound-off below.