LAMB Photoshops #10 Winner And Vote For Round 1 Winner

Ok everybody, the time has arrived. Honestly, I’m on the edge of my seat. I have no idea how this is going to play out. But before we get to the main event… The winner of Contest #10 in Round 1, “If Jason Statham Made A Disney Film” is:

The Droid You’re Looking For

For those of you curious, here’s how the votes broke down:

With that done, it’s time to vote on a Round 1 winner! What I’m gonna do is post all the previous winners that’s allowed to win the prizes (meaning Dylan’s and Rachel’s wins won’t be posted) and the topics that correspond and what you have to do is vote WHO, overall, did the best job. And by best you can go by overall quality and/or funniest. Whatever you want to use, just vote. And try to be fair. Here we go. 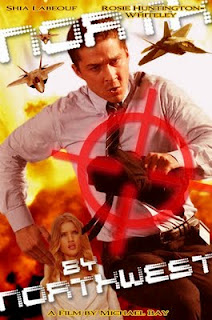 #2: If R-Rated Films Were Turned Into Children Films(Originally won by Rachel, so I’m putting the second place winner here)

#3: If Wes Anderson Made A Superhero Films

#4: If Big Budget Movies Had A Small Budget

Matt from Matt vs The Academy
#5: If George Lucas Kept Messing With The Original Star Wars

John from The Droid You’re Looking For
(There was no submissions for #6.)
#7: If Romantic Comedies Were Horror Movies

The Droid You’re Looking For
#8: If Every Movie Was Made By Merchant Ivory Productions

Matt vs The Academy
#9: If A Movie Character Ran For President

The Droid You’re Looking For
#10: If Jason Statham Made A Disney Film

The Droid You’re Looking For

Voting will close on Monday, January 9th at 11PM EST. I will announce the winner. And one final reminder what the prizes are, bought to you by LOVEFiLM.com:
1st prize – $75 Amazon voucher (American only)
2nd prize – $50 Amazon voucher (American only)
(If you’re from the UK, we will offer you a UK prize pack, so don’t let that worry you.)
Thanks to everybody who submitted ‘shops and to those up for the prizes, good luck!
-Jason